As Australia was beginning its life as a new nation, a tragedy was unfolding. From the remote coast of Western Australia, to deep within its inhospitable interior, an immense water pipeline was being constructed that would unlock countless riches and help build the nation. But the ambitious dream of political visionary Sir John Forrest and engineering genius Charles Yelverton O’Connor would end in tragedy.
1 hour documentary made for the ABC A Film Australia Making History Production in association with Prospero Productions. Developed and Produced in association with ABC TV. Pipe Dreams is the epic historical story of the 19th century construction of the longest water pipeline in the world - the Perth to Coolgardie Water Scheme. A scheme that is still regarded as one of the great engineering marvels. While revealing the drama of this fantastic feat, Pipe Dreams focuses on the dynamic, intense working relationship between John Forrest, the larger than life Premier and the visionary Irish-born Charles Yelverton O'Connor who as Chief Engineer of Western Australia oversaw the construction of the pipeline until his untimely and tragic death. Using dramatic reconstruction, superb archival photographs and interviews with key historians to bring this story alive, Pipe Dreams shows how a 'man-made river' transformed an isolated colony into a flourishing State.
Phimedia created more than 30 animations and visual effects for PipeDreams.
Year: 2007
Client:      Prospero Production
Editor: Lawrie Silvestrin
Producer: Ed Punchard
Director: Fanco Di Chiera
IMDB: https://www.imdb.com/title/tt1000220/ 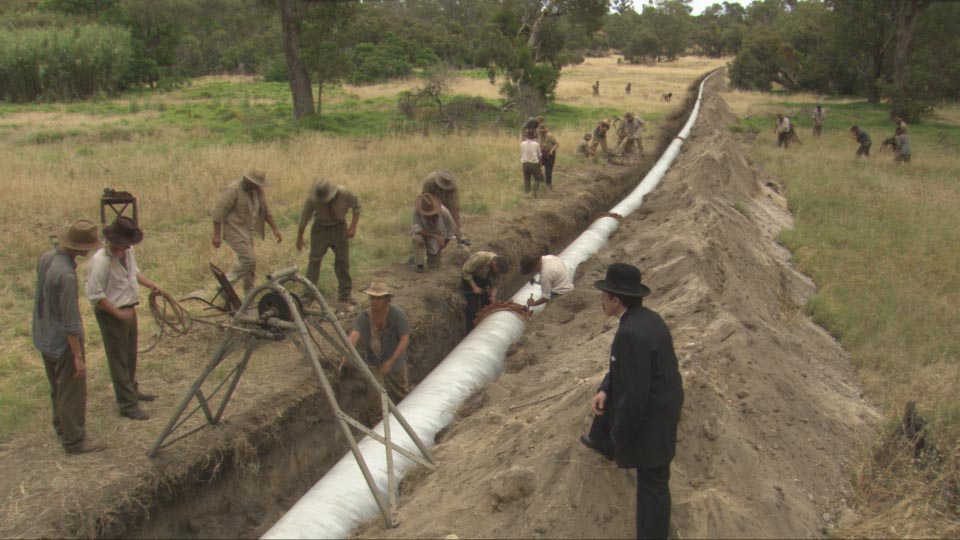